ShopKnuckleheads: On This Day in History & Special Deal Inside

Stage Mother, the MGM feature released today, September 29th in 1933, gives us the rarest of the rare from Larry Fine’s body of work as this was his only feature film appearance without any of the other members of The Three Stooges. While the film had some musical and comedic elements, it was a drama, another departure from Larry’s comedic work. Yes, that’s Larry smiling in the picture wearing a derby, more often seen as the chapeau of choice by Curly.. However, keeping to the traditions of The Three Stooges, there is a faux pas in this film as one of the characters, impresario Mark Thorne, as spelled correctly on his theater poster, is spelled incorrectly as Thorn in a Variety magazine headline.

Maureen O’Sullivan was one of the film’s stars who portrayed Jane Parker in the six films in the very successful MGM Tarzan film series in the 1930’s. Sullivan, born in Ireland and educated in Dublin, Paris and London was a classmate of Vivien Leigh, who would also come to America and make her mark in film history with her portrayal of Scarlett O’Hara in Gone With The Wind. 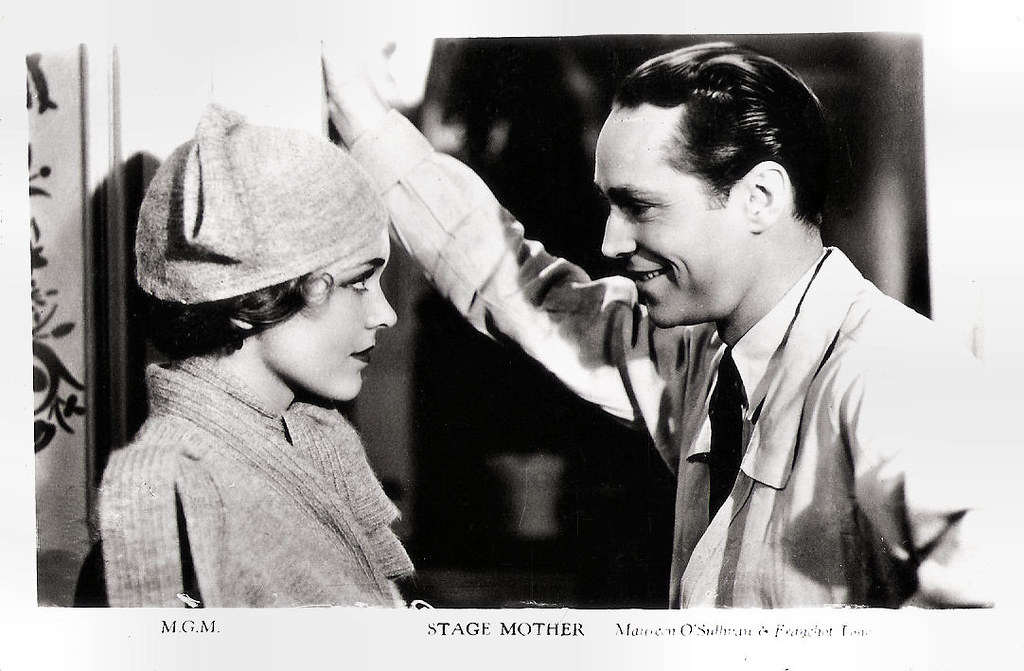 Check out our Canvas Tote Bag! Cooler weather is approaching, plan ahead and snag a few hoodies sporting your favorite Boys!