The three shorts released *yesterday* give us a nice spectrum of The Three Stooges body of work as we get a bevy of beauties; some classic and memorable bits; some firsts and lasts from wonderful supporting players and there are diamonds, oil, stolen art and even a gorilla!


The beauties are April, May and June, the widow Jenkins daughters and The Boys love interest in the 1939 release Oily To Bed, Oily To Rise. A memorable moment, and a visual icon from the Stooges’ body of work, is Curly atop the oil well uttering ‘I’m a successful cork’ and then ‘I’m an unsuccessful cork’ when the oil gushes and there is Curly at the top of the gusher.


But as the saying ‘All’s well that ends well’ goes, The Boys foil the swindlers, save the damsels-in-distress and end up with the oil and the girls. This was Richard Fiske’s first of nine appearances with Larry, Moe & Curly. 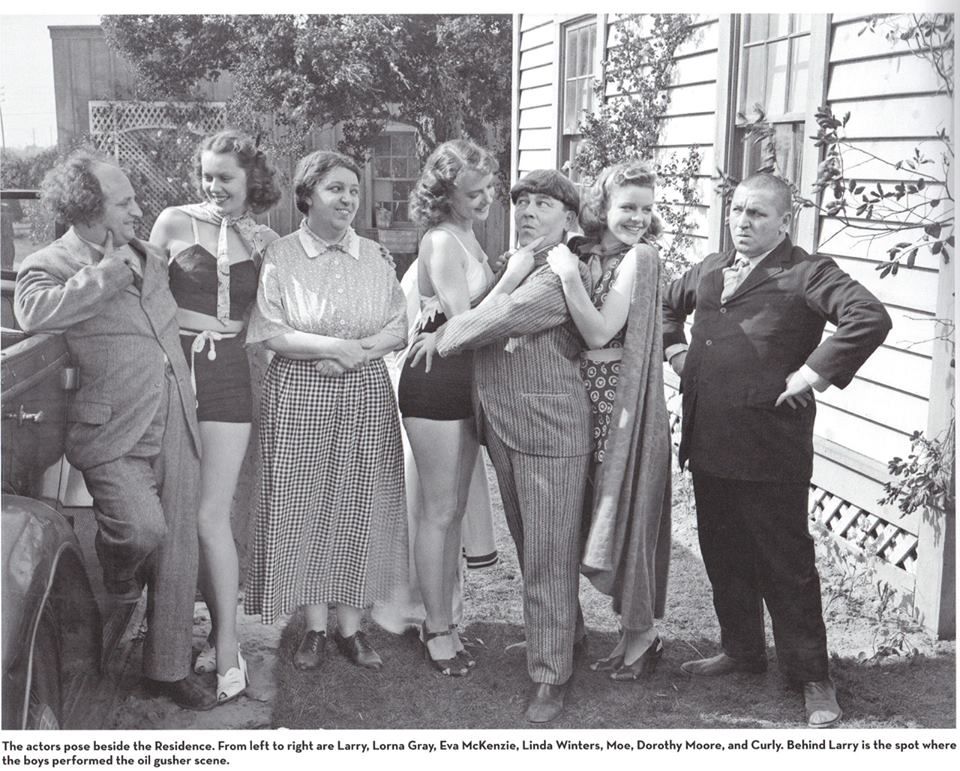 The 1949 release Vagabond Loafers is a bit of a rework of A Plumbing We Will Go with Shemp doing the bulk of the water damage while Larry does some intriguing gardening, especially the scene where his head pops up from the lawn and The Boys generally destroy the whole house. But in typical Stooge fashion, their antics actually foil the art thieves and all ends well.

This was Dudley Dickerson’s last short basically reprising his great role from A Plumbing We Will Go and Symona Boniface’s last of 24 appearances with The Three Stooges, which included working with Larry, Moe, Curly and Shemp in shorts and with Joe Besser and Joe DeRita in some of their solo performances.

Kenneth MacDonald reprises his role as the bad guy Dapper Malone in 1955’s Hot Ice, one of the very few times a character reappears. In this case, purely through the use of footage from 1948’s Crime On Their Hands plus some footage from The Hot Scots for the opening Scotland Yard sequence.

This remake has Shemp swallowing a diamond, again, and Larry being clobbered by a gorilla, again, and The Boys foiling the crooks, again. The new footage and dialog used by producer/director Jules White made this remake entertaining and with enough new plot twists to stand apart from the earlier version. 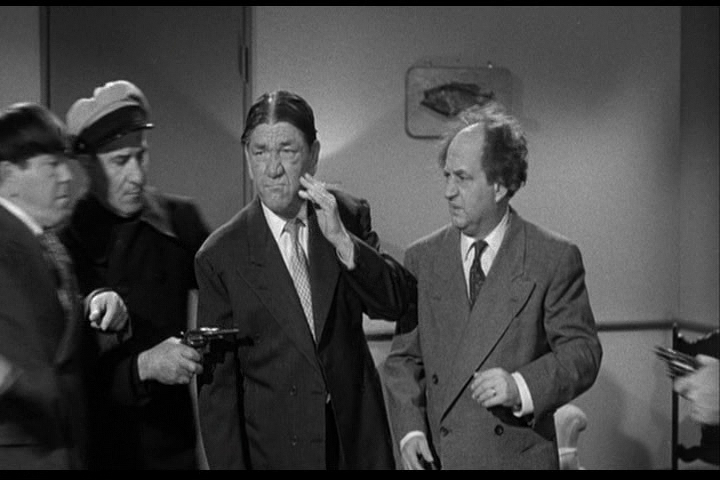 Tons of items ON SALE in this Collection!